My name is Jeff Kreider. After living in California since 1950, I am now retired here in Bullhead City. I have been interested in Photography for over 50 years. I was seriously involved with it as a hobby my Senior year in high school and for a short while afterwards. I got serious again at the turn of the century when we entered Yosemite in May of 2000. Yosemite became my first and dearest shooting venue. I also shot elsewhere in California, the Pacific Northwest, Hawaii, New England, and many other Scenic Settings. My current goal is to enhance my portfolio with scenic settings around here, in the Southwest. I have taken photos of flowers, cityscapes, and wildlife. You will see some of those as this site matures. However, my passion is with scenic settings devoid of human presence as if you were experiencing it for the first time. It is easy for us, as human beings, to enjoy a scenic setting such as Yosemite Falls at full capacity in May or aquamarine colored waves crashing upon the North Shore of Hawaii. We, as human beings, can ignore the crowds, the noise, the pavement, the cars, the powerlines as we gaze at such scenes, even if for only a few moments. We see past that, but then, we must return to the reality which accompanies us everywhere. The camera is not so forgiving. If it is there, the camera will capture it and you will be confronted with it in the photo. You can’t ignore it now as you could had you really been there. So, I try to frame the shot to exclude all of those distractions, but still keep the photo itself as representative of the Scenic Setting you would have seen, as if it were just you and you alone witnessing it. Not all my photos depicted that pristine, primitive world. But those that do, are among my favorites. Welcome to Scenic Settings.

These canvas prints will be an excellent complement to your home or office. We are offering canvas prints in a variety of dimensions, each preserving the 2 x 3 format of the original shot. These prints are suitable for hanging as delivered, without framing. However, you may choose to add a frame, locally, that would best fit with your décor. These lovely canvas prints will make a wonderful compliment to your home or office. Or purchase a number of similar photos to create a theme. These beautiful images come wrapped around the framework so part of the photo will be on the sides of the final product. They are wooden frames which holds taunt the canvas print itself. Your print will arrive with either a 1 ¼” or ¾” wooden structure, depending on the provider we use (which may change from time to time). Your choice of print(s) will be shipped directly to you from the lab producing your order to arrive in 2 to 3 weeks. From time to time, I may offer Signed and Numbered Limited Editions. Such images will be offered as a limited edition and only the specified number of prints will be made available. Never before and never again, once the limit number is reached. It will apply to any dimension ordered of that print. Your print will be printed with my signature and the number of the edition (such as 98/250 indicating the 98th print of a limit of 250). By subsequent mailing, you will receive a certificate of authenticity. 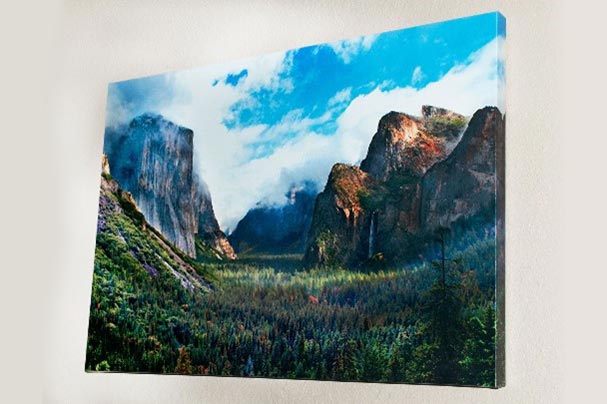 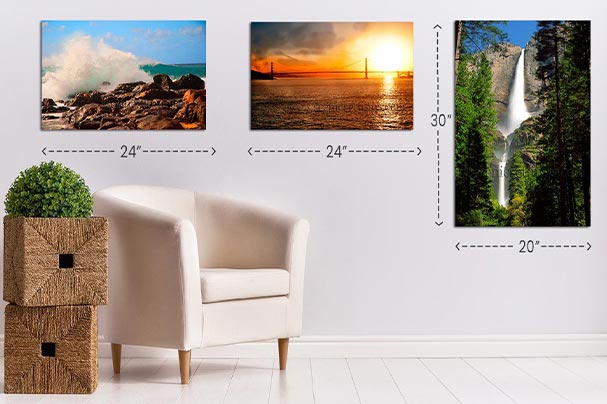 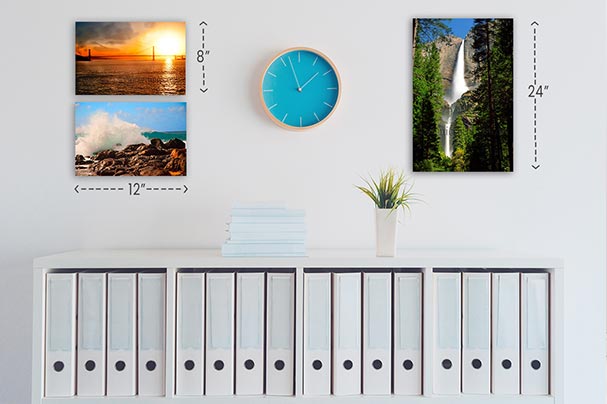 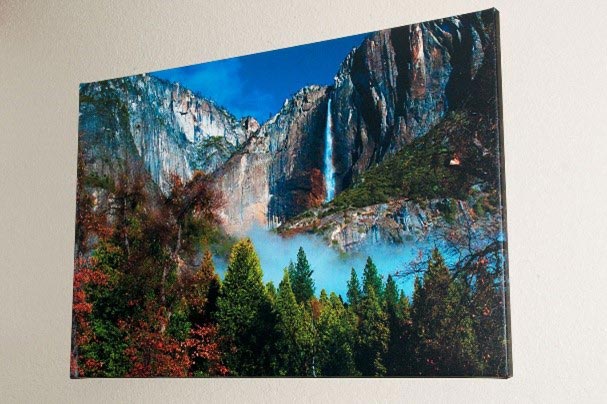 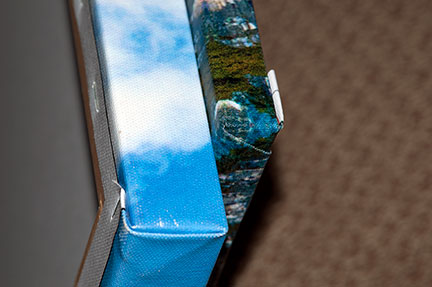 This is a Side-by-Side view of both types of canvas prints: 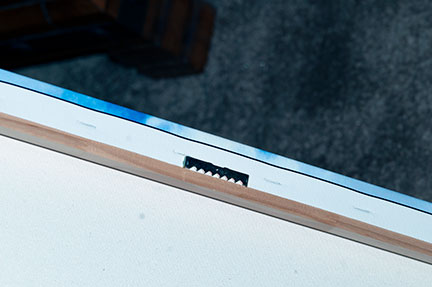 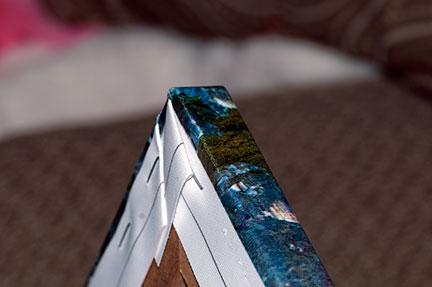 Back corner wrap of the smaller frame: 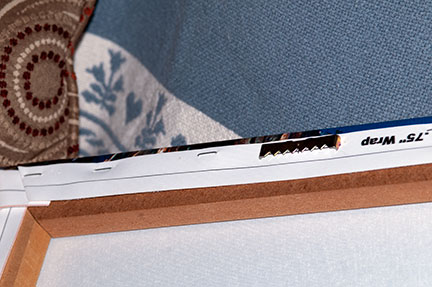 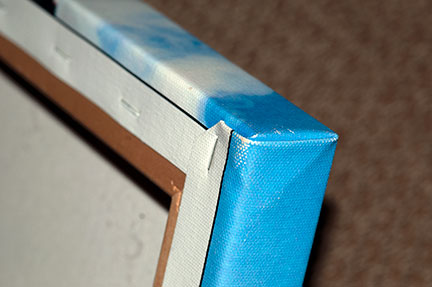 Back corner wrap of larger frame:

Please contact Scenic Settings if you have any questions.

These six images are the photos I’m featuring. Each is a setting that is shown devoid humans or their intervention (except the Dan Francisco shot…I mean, like “nature” didn’t build that bridge). As time goes on, I’ll substitute one or more of the “featured” images with others from my collection. Those replaced will still be available. But, for now these images are like discovering the scene for the first time. Now, you can discover any of them on your wall!

Follow me on  my Facebook Scenic Settings Page for new release announcements and join in on conversations. As the site grows, I’ll also be using Twitter and Instagram. I have a sister site, Yosemite Tales. There you can see multiple articles about my escapades of in the Park as well has some historical tales of the bygone eras and the people that populated them. These more historical tales almost BEG to be told. The articles all contain photos, most of which I took myself. Of course, for this page, Scenic Settings, you can contact me anytime to discuss any site related issues, like requesting special sizes, by using the template below. Thank you for your interest in Scenic Settings. 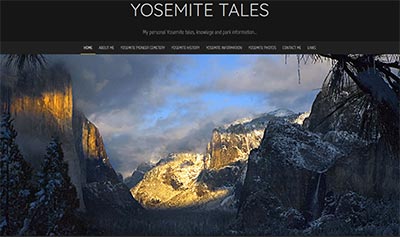